Resistance Cranes is a collaborative fundraising effort to raise money for immigrant and refugee causes.

From the concept of the fundraiser to execution of the website and the first event in February 2017 took one month. The project was inspired by Shing Yin Khor’s successful flash fundraiser for the ACLU on the night that the executive order banning travelers from seven Muslim countries was issued in the United States.

I was responsible for the design and front-end development of the website, which included a custom PayPal button tied to a live progress bar to show progress towards the fundraising goal. A second progress meter tracked crane folding progress, which was updated by volunteers through a custom back-of-house interface.

The success of the 2017 event, coupled with our distress over the establishment of concentration camps of asylum-seeking refugees and separated families at the U.S.-Mexico border compelled us to host a second edition of the fundraiser in 2018, with volunteers joining from the Dallas area.

From the concept of the fundraiser to execution of the website and the first event in February 2017 took one month.

Prior to launch, I performed remote moderated usability testing with seven volunteers who intended on supporting the fundraiser. Through this process, we ironed out kinks in the design to ensure that the purchasing flow on mobile devices was as clear and seamless as possible.

We met our stated goals for both events in 2017 and 2018. When we planned the 2018 event, we expanded the back-end framework to accommodate an additional volunteer site in Dallas. Including matching contributions, the combined efforts raised over $30,000 for the National Immigration Law Center (NILC), International Rescue Committee (IRC), and Refugee and Immigrant Center for Education and Legal Services (RAICES). 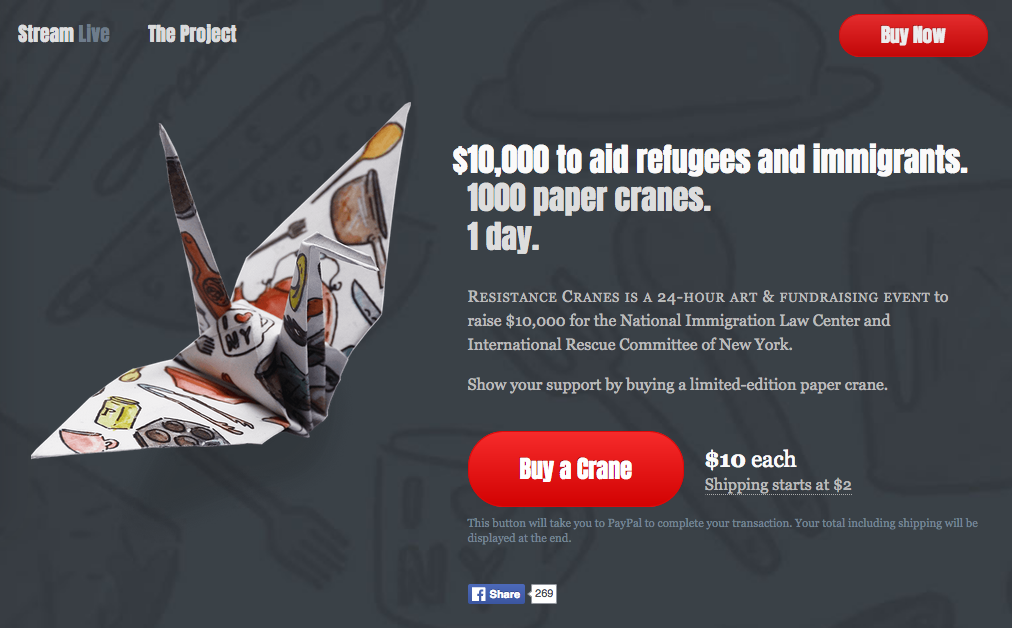 Desktop home page from the 2017 edition.

Mobile home page from the 2018 edition.

Detail of paper design from the 2017 edition. 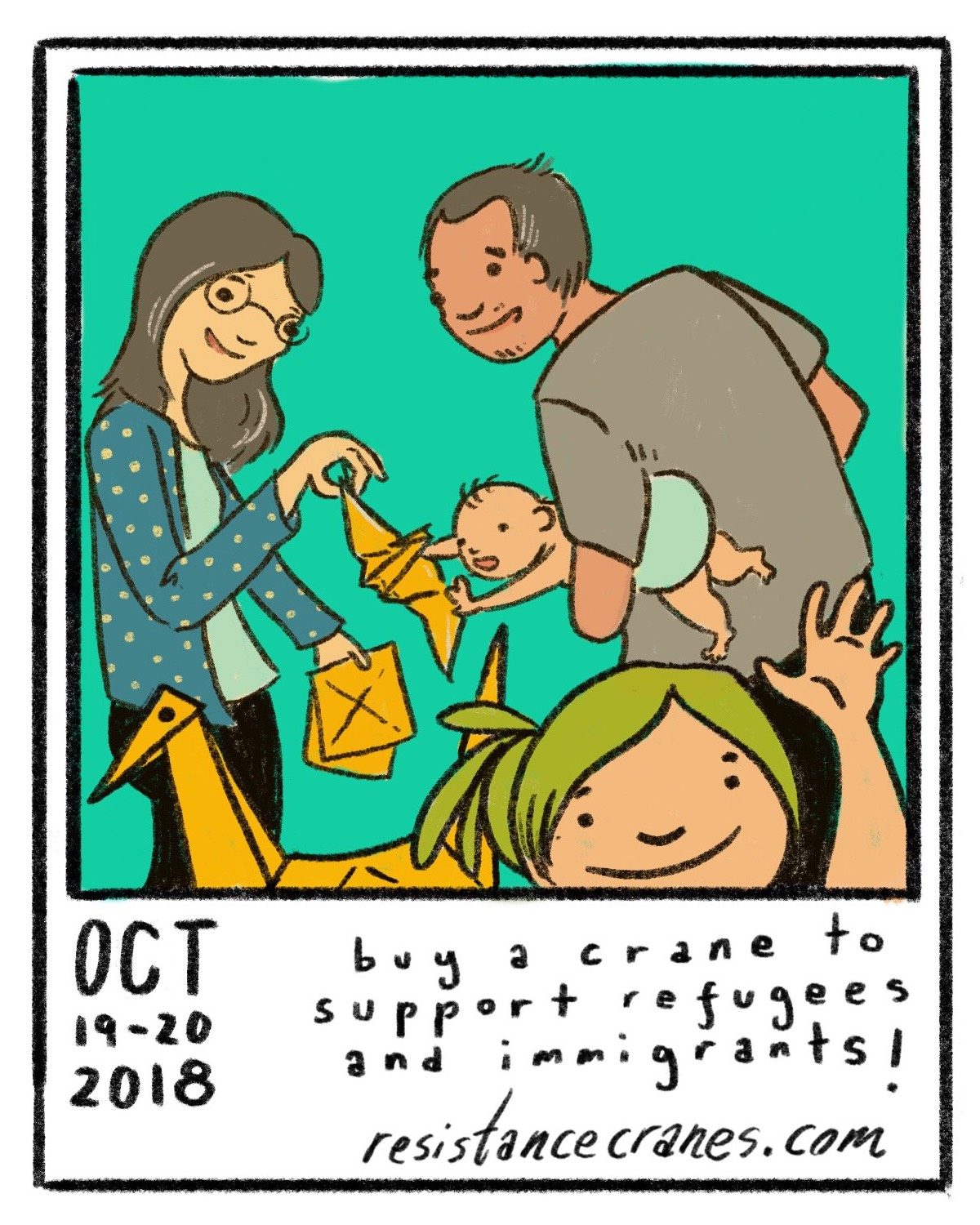 Sample of promotional material for the 2018 event. 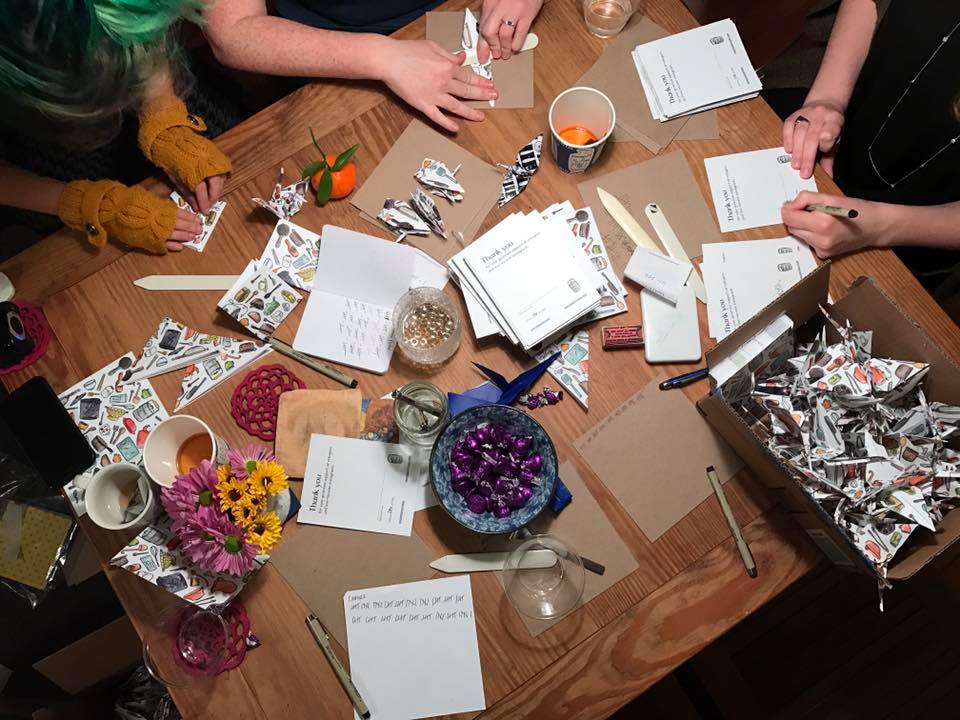 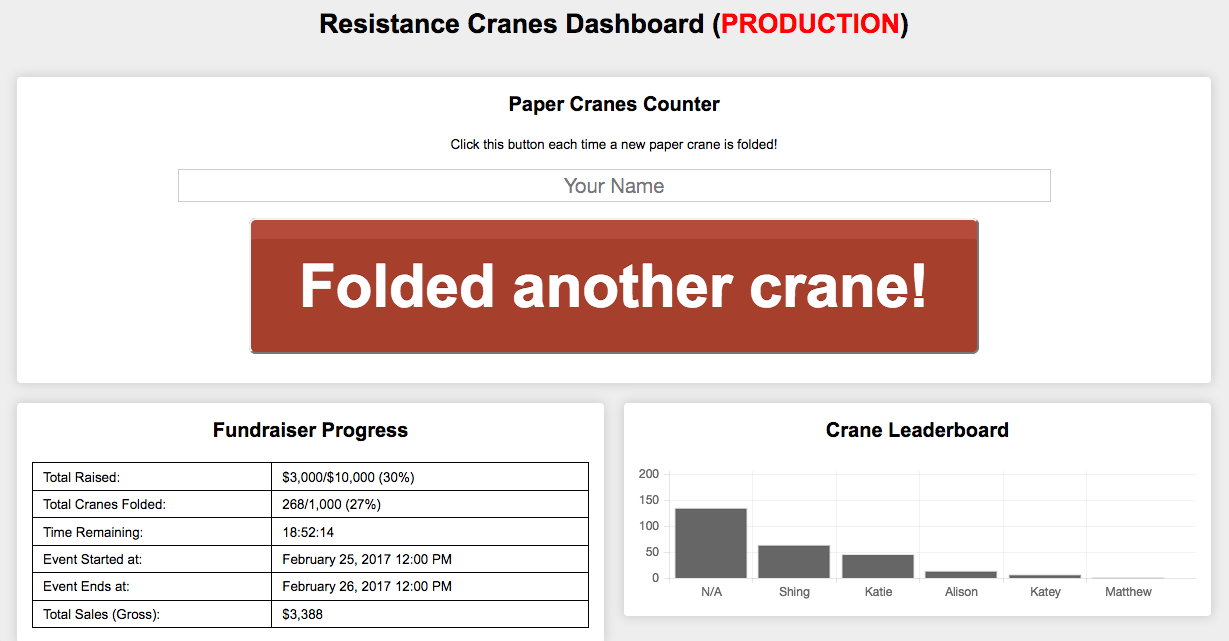 Dashboard for volunteers to log cranes folded and incoming transactions. Attributing cranes to volunteers created an air of gamification, where volunteers tried to out-fold each other. 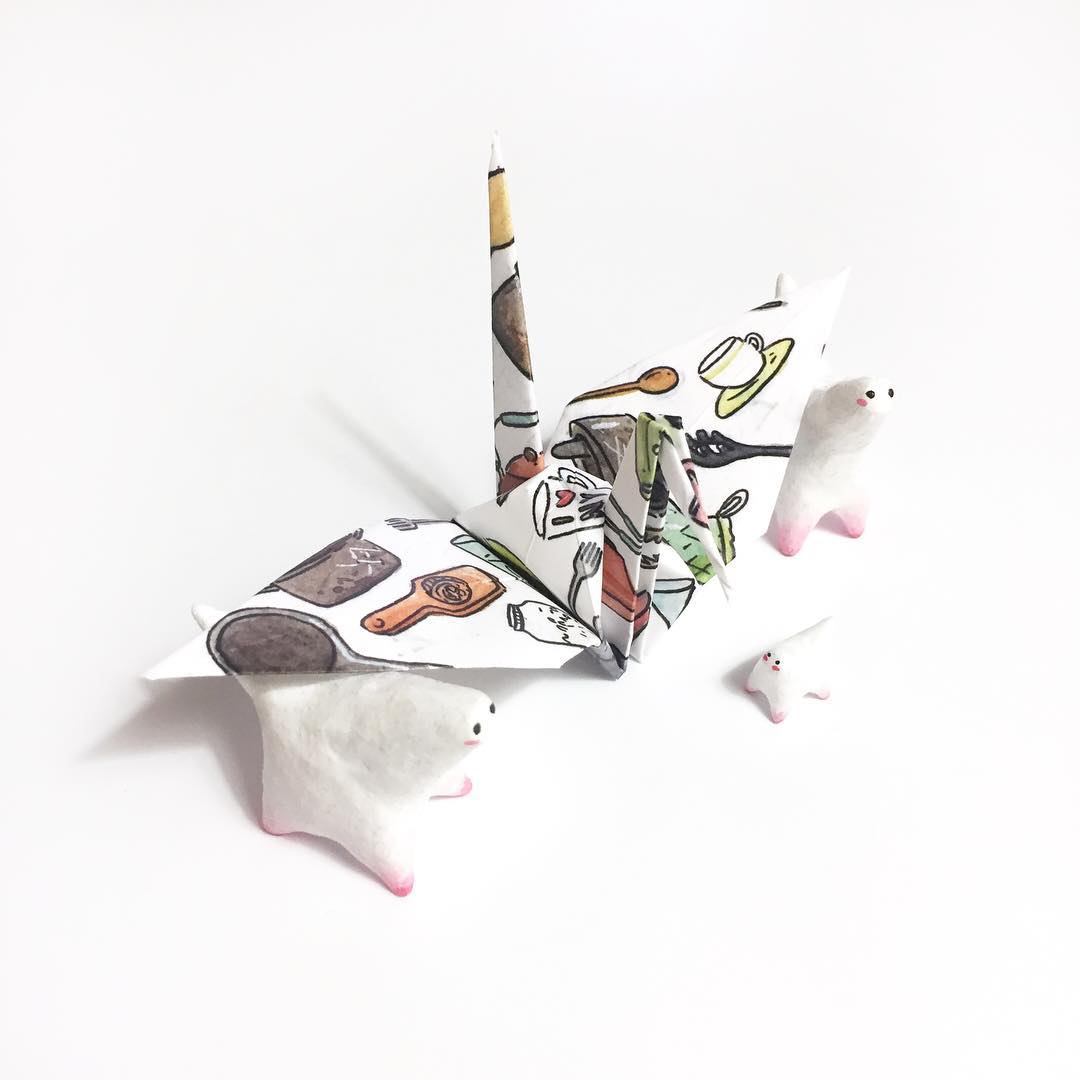 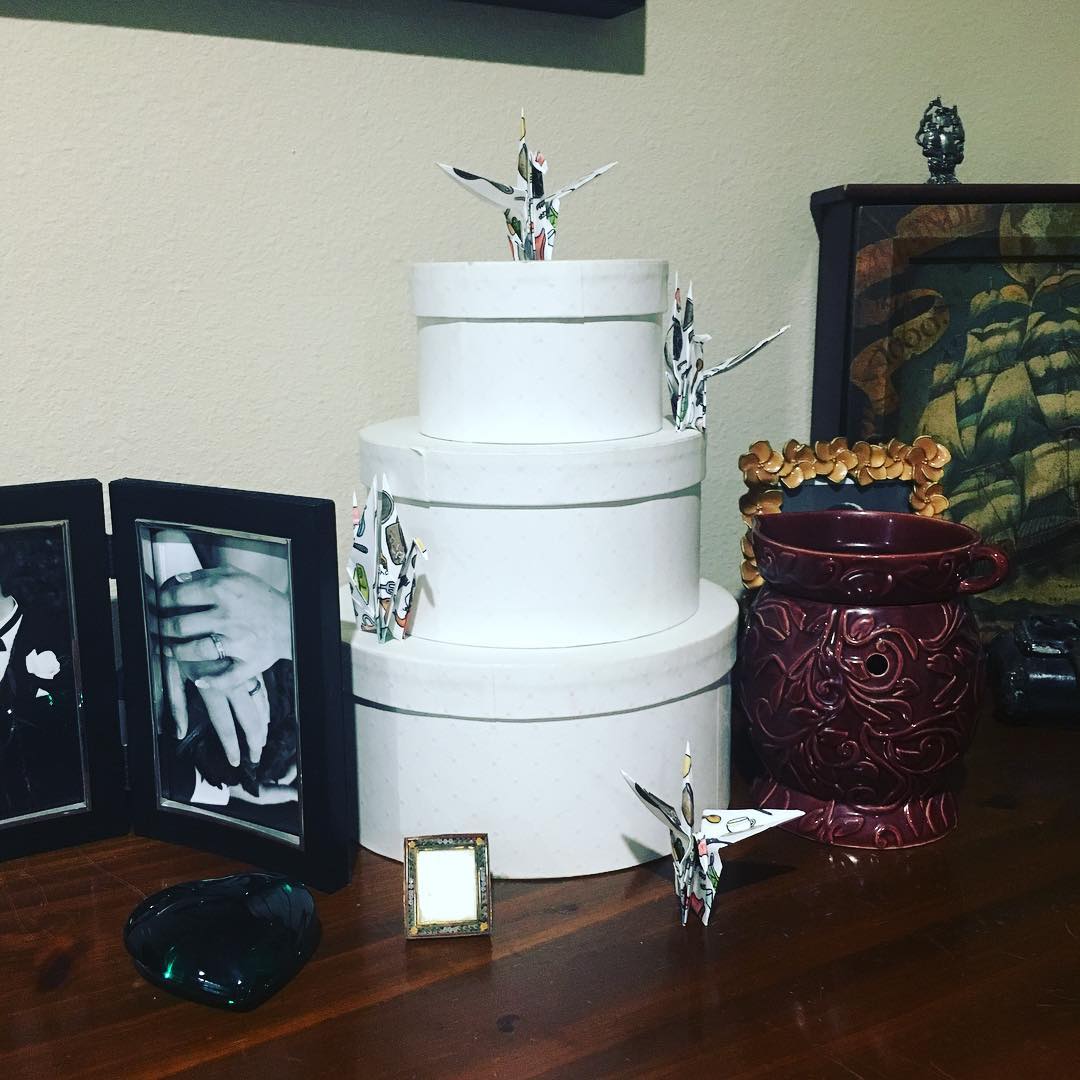 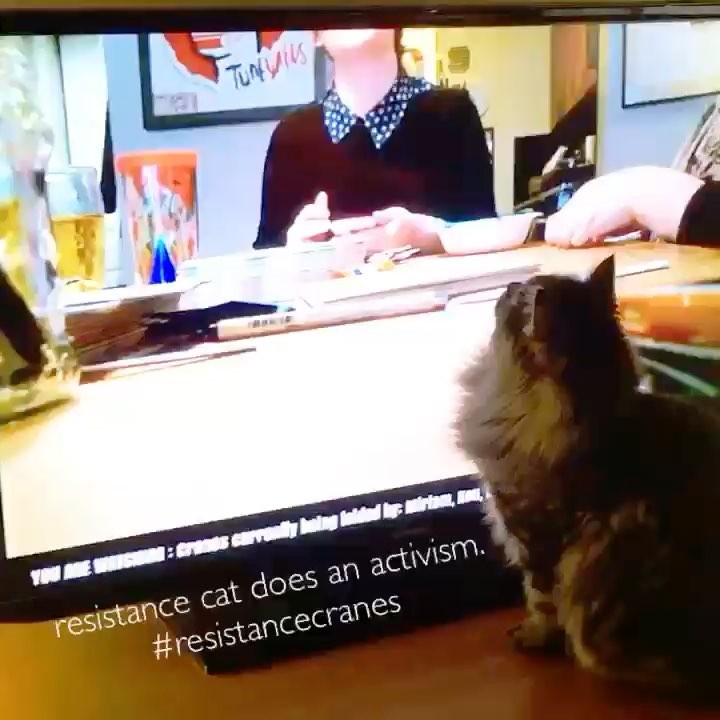 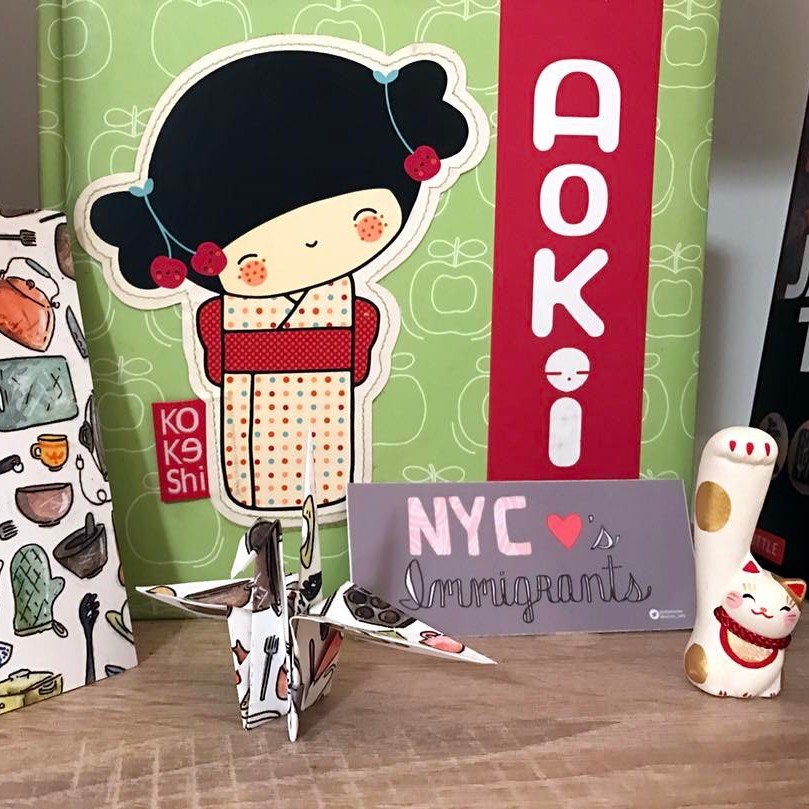 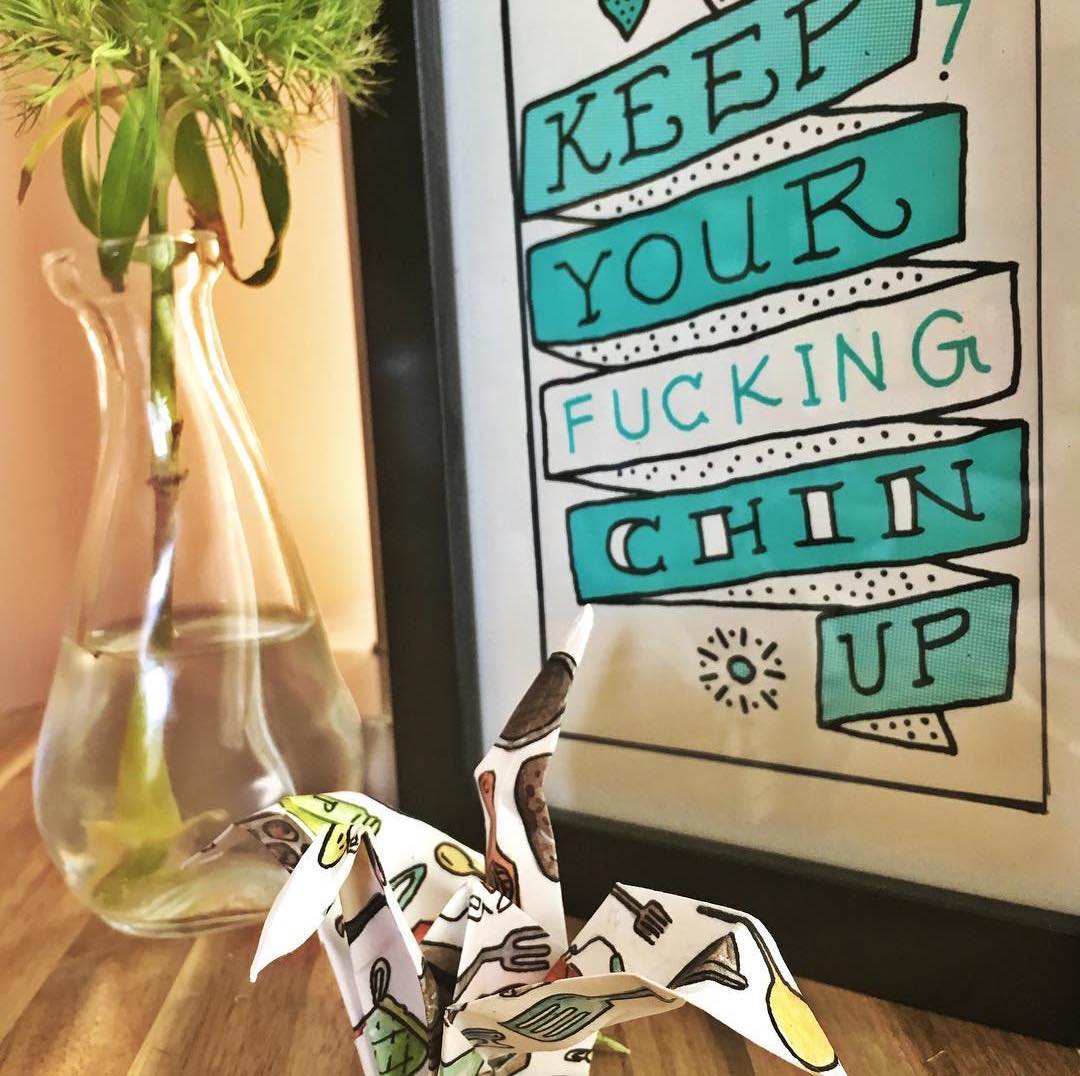 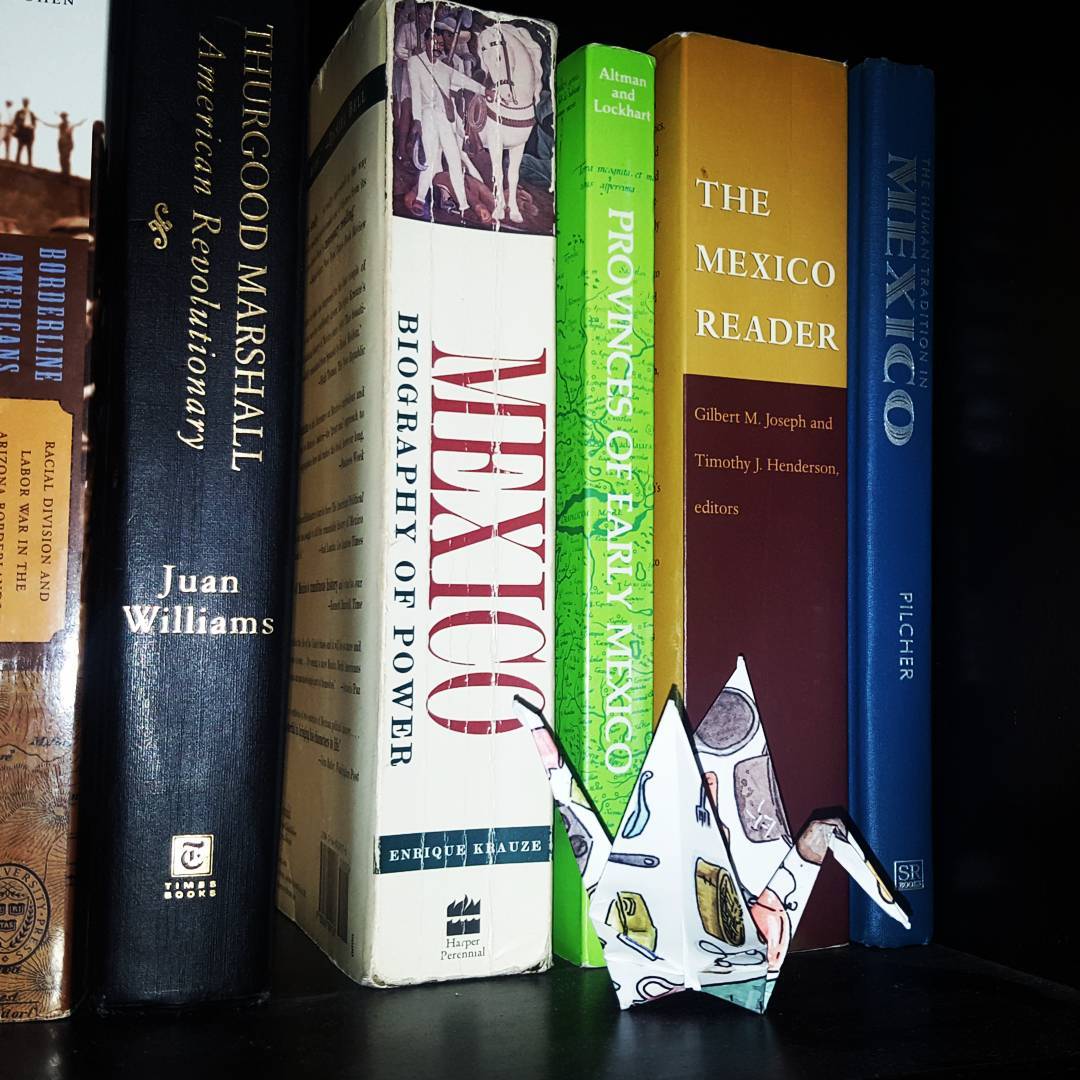 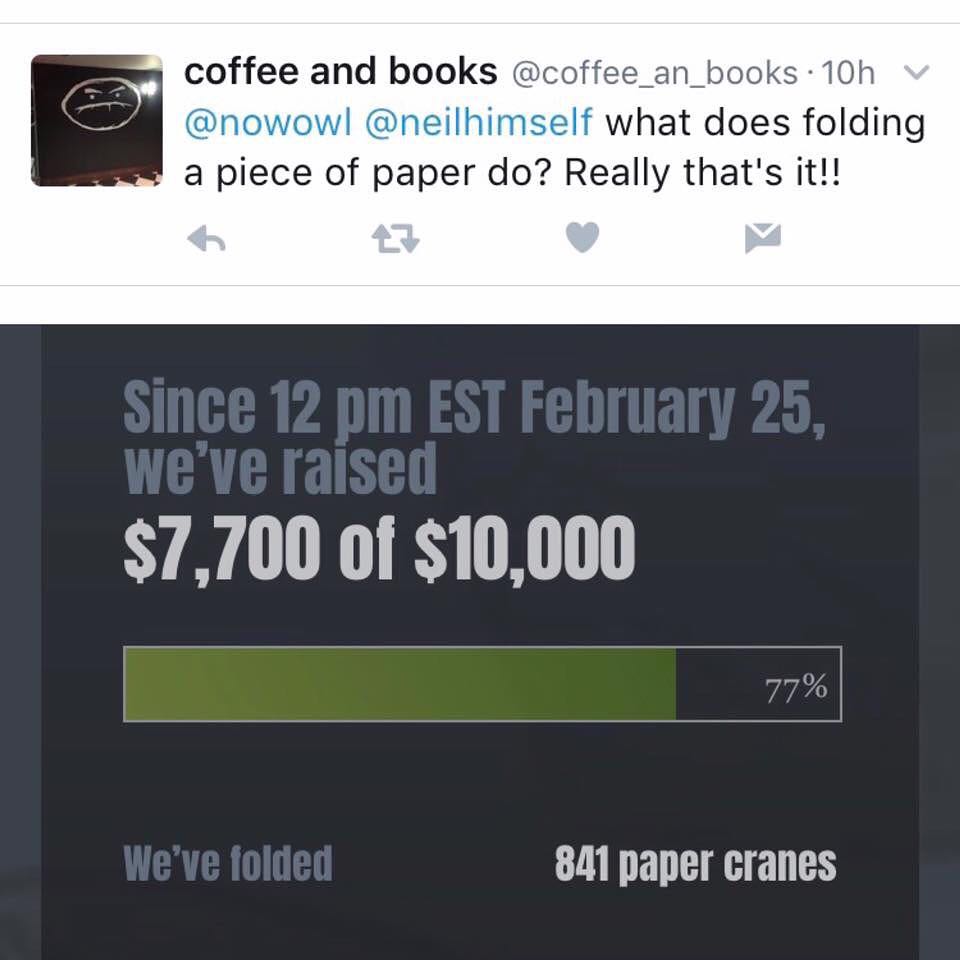 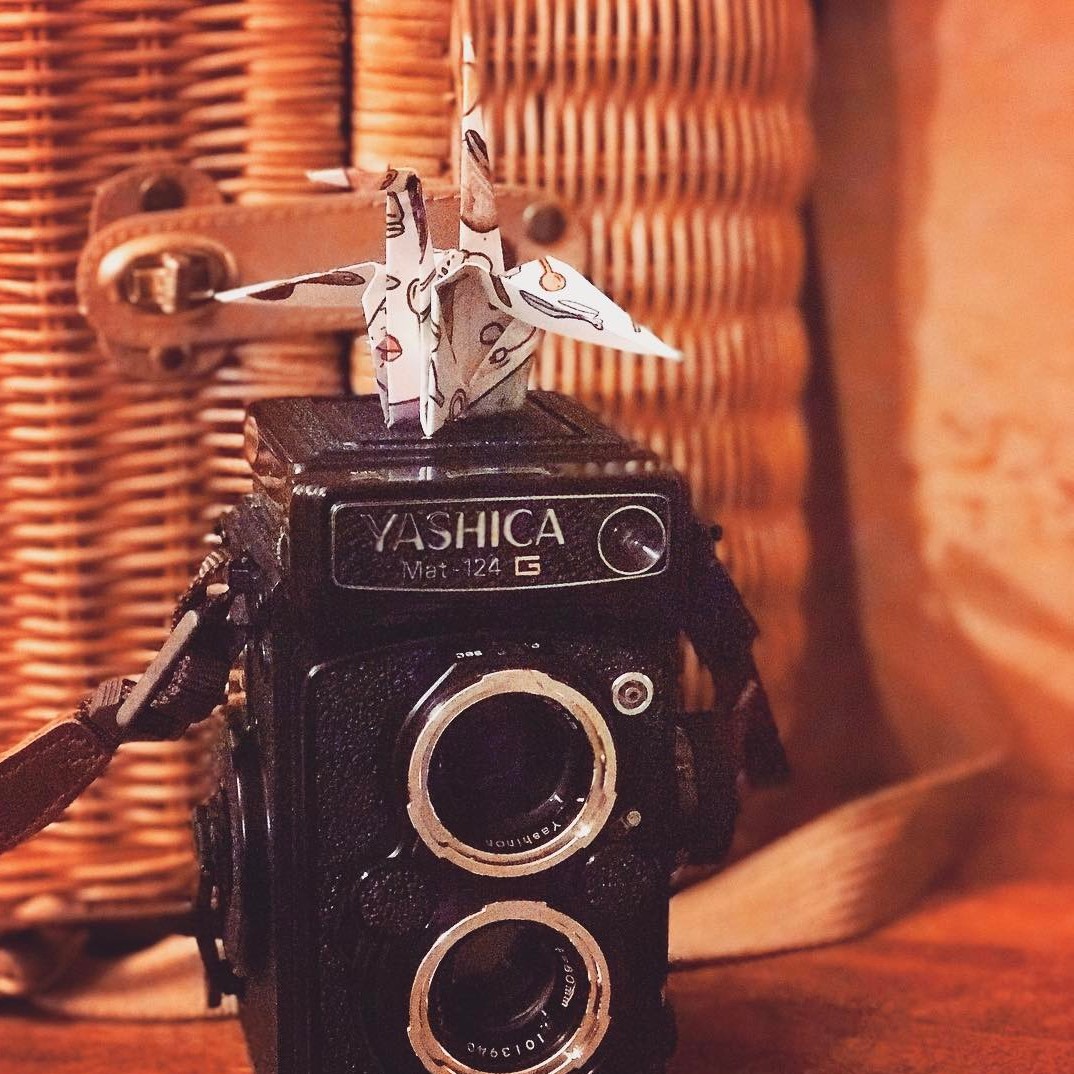 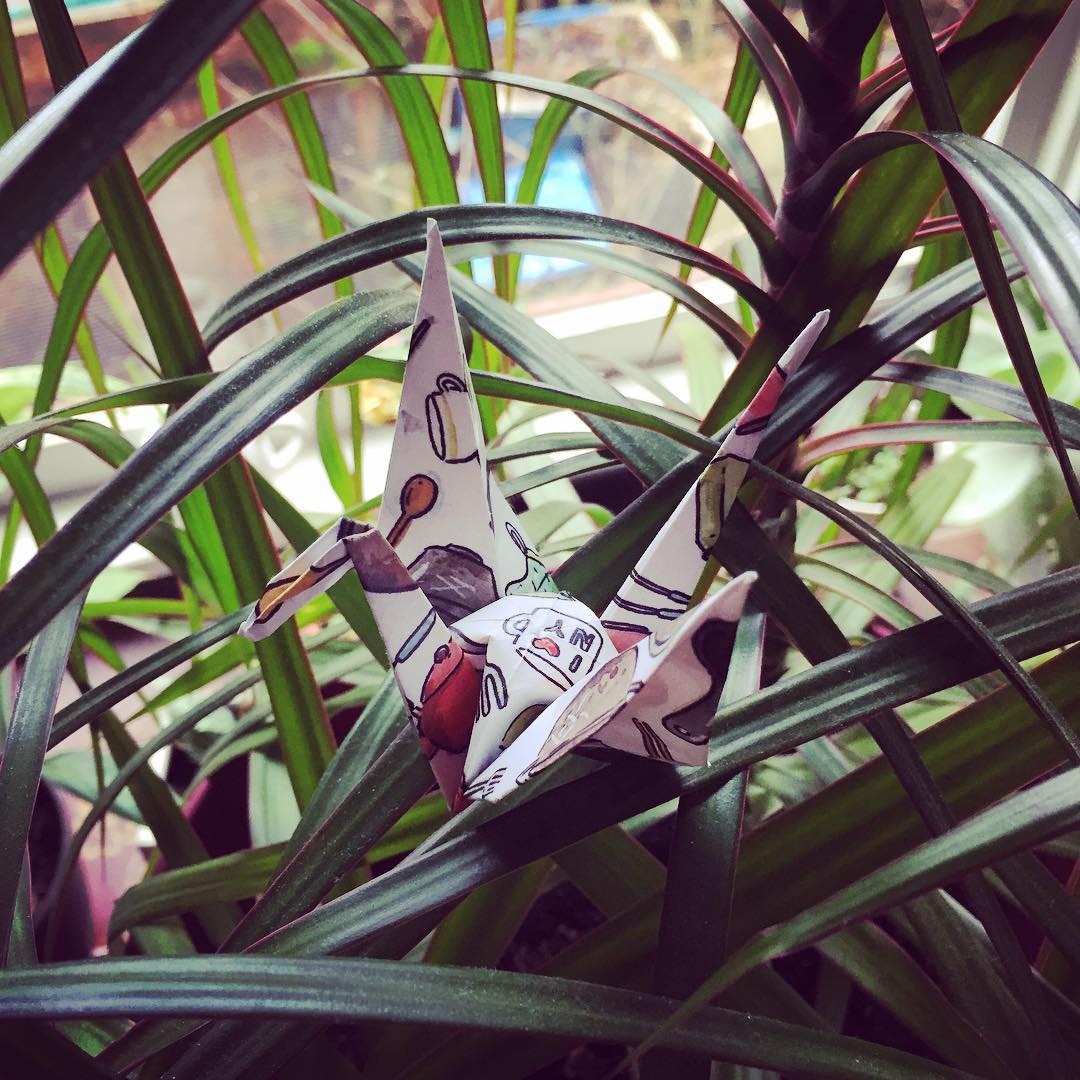 Cranes in their new homes after the 2017 event, shared on Instagram with the hashtag #resistancecranes. 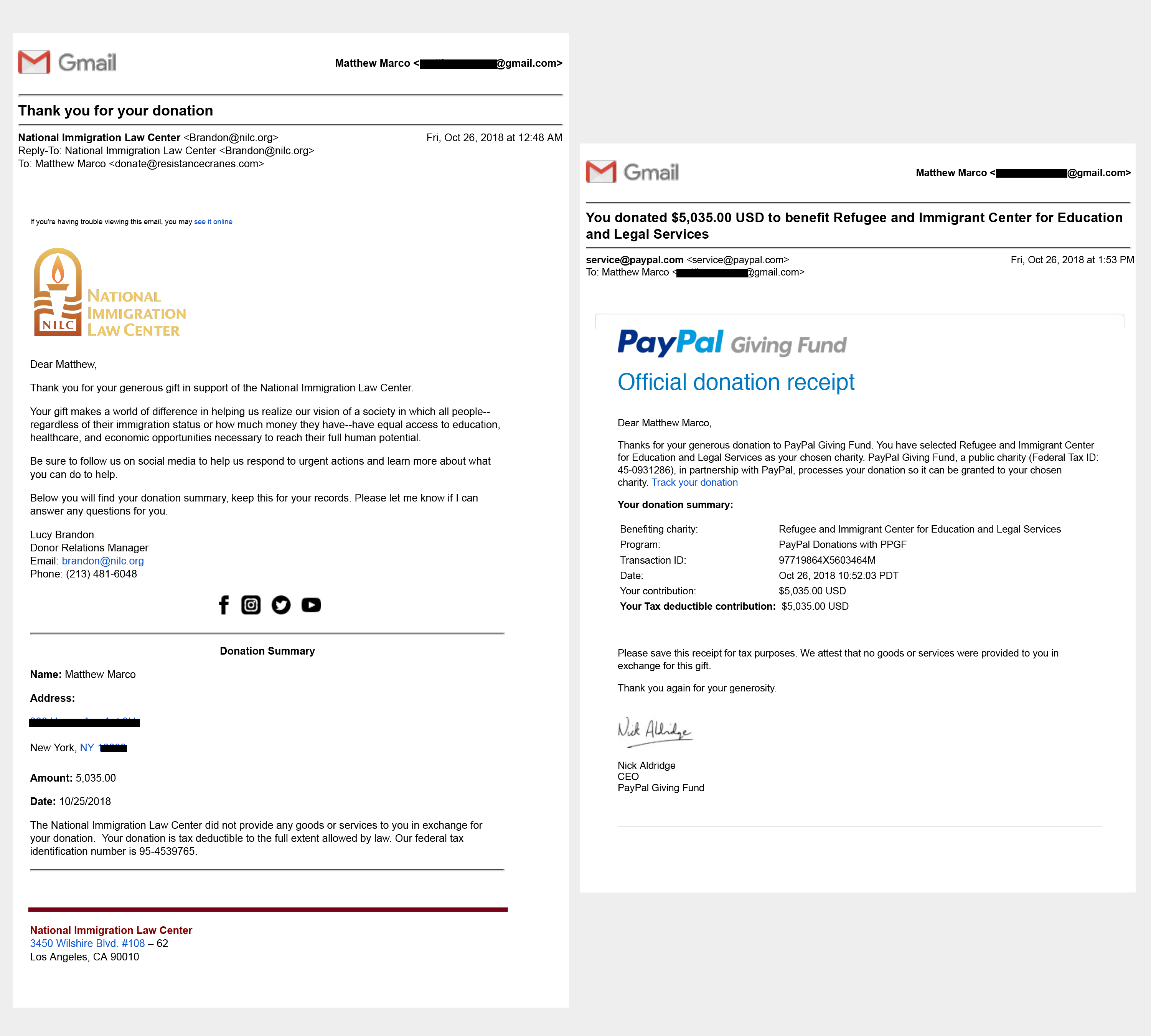 Receipts for donations to RAICES and the NILC after the 2018 event.